Power of Attorney for Health Care and Living Wills 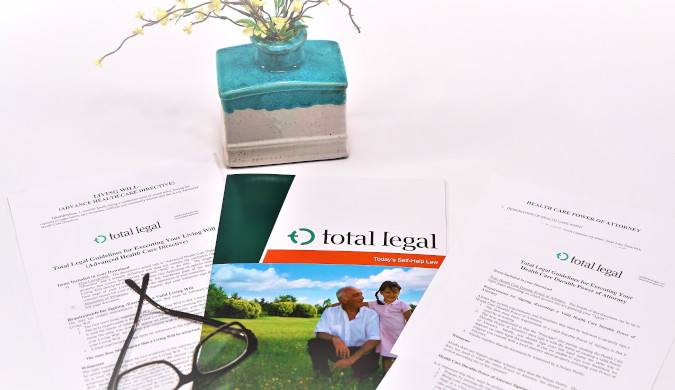 Planning for the possibility that your health may deteriorate to the point where you can't make your own medical choices is no one's idea of a good time, but if having your wishes concerning your health care and end-of-life medical treatment followed is at all important to you, it's essential that you execute both a medical power of attorney and a living will. While both documents concern your fundamental right to control decisions relating to your medical treatment and have some overlapping provisions, each document serves certain unique purposes and both are needed for you to be fully covered.

The medical power of attorney grants the patient advocate full authority to make decisions for the principal concerning health care including, but not limited to, withholding or stopping medical treatment, consenting to or refusing medical and surgical care, employing and discharging health care professionals, arranging for hospitalization as well as nursing home care and at-home care. The medical power of attorney also gives the patient advocate the authority to access the principal's medical records, withdraw consent for treatment, execute medical releases, provide for pain relief, make funeral arrangements, allow or refuse visitation, make anatomical gifts, authorize an autopsy and consent to or refuse psychiatric care. Additionally, a medical power of attorney may also be used to appoint the patient advocate as the principal's guardian or conservator if such proceedings are ever instituted.

Sometimes referred to as an advance (or advanced) directive, a living will is used to state your wishes concerning end-of-life care and to name a patient advocate to follow through on those decisions on your behalf should the need arise. The importance of having a living will gained national attention in 2003 with the case of Terri Shiavo, a Florida woman whose parents and husband were involved in bitter legal battle over whether she should receive life-prolonging treatment despite being in a what at least some physicians believed to be a permanent vegetative state. Shiavo had no living will, which left her loved ones to argue what her decisions concerning her medical care would have been had she been able to make them for herself.

A living will allows you to state whether you want to receive life-sustaining treatment if you are in a terminal condition with no hope of recovery and are unable to communicate in any way as well as if you're in a permanently unconscious state. A terminal condition generally means an incurable and irreversible condition caused by injury, disease, or illness, which would cause death within a reasonable period of time. A permanent unconscious condition is an incurable and irreversible condition with no reasonable probability of recovery from a coma or persistent vegetative state. In a living will, life-sustaining treatment may include assistance breathing as well as artificially provided food and water including intravenous and tube feeding.

Besides accepting or declining life-sustaining medical treatment, a living will can be used to make decisions concerning treatment for pain if you are in a terminal or permanent unconscious condition and are in severe pain, even if the administration of the pain medication could cause permanent physical damage, addiction, or death. Along those same lines, while physician-assisted suicide, or euthanasia, isn't legal in most states, if it eventually becomes legal in your state, a living will allows you to indicate whether you want that option exercised by your patient advocate on your behalf.

Take the Time to Protect Yourself and Your Loved Ones

It's impossible to know when you may actually need a medical power of attorney or living will. Many people go their entire lives without ever needing either, while others encounter unexpected illness or injury causing them to need one or both far sooner than they ever could have expected. The risk in waiting is not only that your health care wishes won't be carried out as you'd want, but also that your loved ones' grief over your condition will be compounded by having to make these gut-wrenching decisions for you. Moreover, even if they know what you want, if you fail to execute a medical power of attorney and living will, they may lack the legal authority to make those decisions on your behalf. Many people hire attorneys to prepare these documents for them. However, if you can't afford an attorney or simply don't want to involve one, there are online self-help tools like TotalLegal.com that make it cheap, easy and fast to do it yourself.